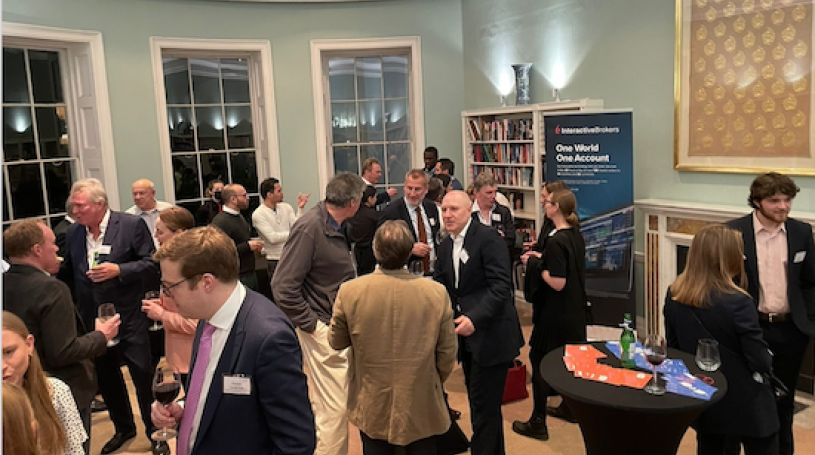 What a month it has been – over the last few weeks IPI’s world has been split pretty evenly between good news and bad news.

On the downside, Steve Bernstein and our team in Hong Kong have been through what much of the rest of the world faced exactly two years ago – the effective ending of any social interaction. Events we had planned had to be cancelled, business development and networking meetings are similarly over for the moment, and the team are unable to be together at the office. The rest of the world knows what they are going through, and we wish them a speedy exit.

Several of us finally caught COVID (although not badly – grateful again to the availability of vaccines).

And on an even darker note, Anna Stephenson in London was supposed to be joined by a young entrepreneur from the Erasmus for Young Entrepreneurs scheme. Eugene Ursalov - linkedin.com/in/evgeniy-ursalov – is the founder of an EdTech startup called Casers (casers.org  ). The Erasmus for Young Entrepreneurs scheme matches up newly-established entrepreneurs with experienced entrepreneurs in other countries. (Happily, despite Brexit, the UK is still able to be part of this scheme.) Eugene was planning to come to the UK in spring to work with Anna for three months. However, our best-laid plans were thwarted by the Russian invasion of Ukraine, as Eugene is based in Kyiv. For the last month, instead of working on his start-up, Eugene has been defending his homeland - procuring military-grade walkie-talkies and radios amongst other things, and managing the supply line to get them from their original countries to the front lines in Ukraine. We feel that Eugene is a member of the IPI family, and our thoughts and best wishes go out to him, his family and his compatriots in this evil time.

On a brighter note, social activities started up in the UK with a vengeance. Anna was able to attend the HFM EU Emerging Managers Summit in Surrey, where IPI was a sponsor. The event is aimed at people starting up hedge funds and it is very much focused on hedge fund education. Many of the panels, speaker sessions and round tables address issues around operational alpha ie how can a hedge fund create a robust infrastructure of people, processes and technology that not only do not subtract value from the portfolio management activities of the hedge fund but actually add value by attracting better quality investment money. Fundamentally, in looking for alpha, hedge funds should not just be looking at the portfolio management function. Learning from experienced professionals like Mark Flanagan (linkedin.com/in/nedirector), one of IPI’s London faculty and a speaker at the HFM event, is an excellent way to get ahead of the game – learning from other people’s experience is quicker and cheaper than making your own mistakes! Learning from industry professionals also forms a core part of IPI’s hedge fund certification curriculum.

And our brightest note of the month was throwing our own Networking Cocktails event – the first one in London since before the coronavirus arrived in London. We were thrilled to be able to meet people in person at the lovely Asia House venue in Fitzrovia after such a long time. Attendees included participants and lecturers from both the hedge fund course and the family office program, and also members of the IPI Career Network who are automatically invited to all our in-person events. It was such a pleasure to meet new people as well as greet old friends, some of whom had not been out in person until this event. And there’s so much benefit from meeting others in the industry in person.

The outlook for the next quarter looks pretty choppy too, but here's hoping that the second half of the year brings a more positive outlook. If you are interested in Ukraine and its economic outlook, please join us for our next webinar, on April 13th, when we will be joined by Professor Charles K. Whitehead, the Myron C. Taylor Alumni Professor of Business Law at Cornell Law School and Founding Director of the Law, Technology and Entrepreneurship Program at Cornell Tech.

Join us to hear Professor Whitehead's insights into:

For further information, please contact Lisa So at lisa.so@ipi-edu.com.